Expo 2020 Dubai–The Power Behind It

16-year-old climate activist Greta Thunberg in August 2018, began to raise awareness on global warming by protesting outside the Swedish parliament. While grabbing worldwide attention she said, “all we have to do is to wake up and change.” YES, UAE is awake and with you Greta!

Big changes begin with small steps. And the electrical equipment suppliers in UAE, truly understand that.

The world has always seen United Arab Emirates (UAE) as a county of superlatives. It is crowned with jewels, such as the tallest building Burj Khalifa, the deemed 7-star Burj Al Arab, the tree-shaped Palm Jumeirah island, the indoor theme park Yas Island and much more.

But behind every iconic structure, there is electrical engineering to provide energy efficiency solutions. From top electrical contractors in UAE to the smallest electrical outlets, UAE everyone is playing an important role to bring about a definite and positive change in conserving energy. In addition, every electrical wholesaler in Dubai, will contact the likes of Legrand switches supplier, USB socket supplier, Ip66 floor box supplier, PCE supplier, motion sensor supplier etc. who can ensure the latest and most advanced energy saving products are provided. Today, the planet is affected by what we use in each of these buildings that house homes to hotels, offices to entertainment areas, commercial to industrial units. The awareness rises with each passing day.

Electricity consumption in the UAE had reached 131,031.000 GWh in December 2017, placing UAE amongst the highest electricity consumers per capita in the world. UAE’s development since the 1990s prompted itself, not only to find means to conserve energy but also to increase its capacity to generate electricity (from 2008 to 2013 UAE’s electricity capacity increased by 37 percent). Since 2008, UAE is also taking measures to increase awareness on climate change by encouraging all its residents to observe Earth Hour on World Earth Day. From 2008-2017, Earth Hour has managed to save UAE 1.181 GwH of electricity and 1,054 tons of carbon dioxide (Courtesy article titled ‘During Earth Hour, UAE residents think solar’ by Sherouk Zakaria, Khaleej Times).

The increasing demand for electricity in the desert land has prompted the government to involve both the construction industry and the electrical industry wherein energy-saving solutions can be incorporated right from the build stage. The rising cost of electricity on one hand and the awareness to save natural resources on the other has prompted leading electrical companies in UAE to offer the latest innovative electrical products and electrical engineering designs to conserve energy and bring electric bills down. UAE construction industry also heavily relies on innovative electrical and electronic products to set higher benchmarks.

Behind the iconic buildings are hidden facts about its electrical engineering marvels. Electrical companies in Dubai and UAE rely largely on international companies and brands like ABB, Legrand, Schneider Electric and Panasonic, Wago to source state-of-the-art electrical items.

2. Light fittings: Incandescent Light Bulbs are now being replaced by Compact Fluorescents (CFLs) Bulbs and the most energy-efficient Light Emitting Diodes (LEDs) Bulbs. Smart LED bulbs are now Bluetooth and Wi-Fi enabled. Motion sensors including PIR sensors and Microwave sensors further help to regulate the usage of electricity. In 2017, UAE began to replace the incandescent street lights with thousands of power-saving LEDs to help reduce energy consumption by 30 percent as part of their energy conservation measure.

3. Additional requirements in existing buildings: With increasing UAE electronics there is an increase in electrical consumption in every household.  Old buildings need to be refitted with modern energy saving controls systems.  Emirates Energy Star (EES) a joint venture between Etisalat and Pacific Controls  aims to reduce the GHG emissions of the UAE and the fuel bills of its companies, by retrofitting existing buildings with newer controls systems to realize a saving of 10-35 percent. Today high-quality products like CAT 6 DLink cables and ethernet cables, WiFi, lp66 floor boxes, routers, etc. further help better and greener interface between an increased number of computers and other devices in every home.

All the above have evolved with efforts of the UAE’s Electrical Industry. The government of UAE ensures every electrical trading company in Dubai, Abu Dhabi, and the other emirates use only the best electrical products in UAE which comply with the highest industry standards.

Every step counts. UAE is on the path to contribute towards ‘save the planet’. Ask one of their experts and meet the professionals who constantly work to provide from the latest switches to wiring, to sockets, and UPS, if only to begin with one small but positive change.

Today the UAE is a modern nation continuing on its journey to go beyond ‘big and beautiful’ to a ‘conscious and caring country’.

Conclusion: UAE’s growing electrical consumption is attributed to a rising number of residents, robust economic activity, increased infrastructure development, and industrial progress. The government will invest AED 600 billion by 2050 in its ‘UAE Energy Strategy 2050’ towards accomplishing an energy mix that combines renewable, nuclear and clean energy sources to ensure a sustainable tomorrow. Greta Thunberg, you don’t need to worry about what you will say to your generations on your 75th birthday in 2078 since we are already an active part of the global revolution acting on the climate crisis. Welcome to UAE! 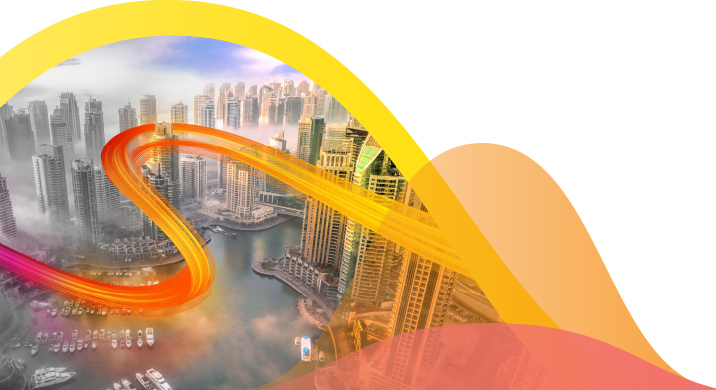 Why trading is still a lucrative business in the UAE and the rebirth of electrical trading?